How Common Core is Slowly Changing My Child

How Common Core is Slowly Changing My Child.

Ok – so I wasn’t doing this when I was 15 (I was delving into yoga with a yogi who had suffered a brain injury and had absolutely no short-term memory and yes, I had to re-introduce myself to him and explain what I was doing in his basement every single time) and then I was doing other sorts of psychedelic things, which might explain why I have no short-term memory.  I can’t go back in time, but I can make a movie of kid 2 and 3 who are doing this stuff — at 10 and 7.  I’ve found my next, next, next project (after the two docs I want to make but have $0 of financing for, the YA novel I’m working on with my daughter, which I need to completely re-write and cleaning the basement — and oh yeah, getting the three remaining diarrhea puppies adopted before my husband decides to move into a hotel.  With a new wife.   Next post in ten years will be: why didn’t I make this movie before I turned 105?

I was wearing a hoodie, fiddling with my waistband and looking at (leering into) homes the other night. I was running in an extremely affluent neighborhood that I had no business being in, fiddling with my waistband because I had put my tights on inside-out (uncomfortable for all sorts of reasons), hoodie up because the wind was brutal, peering into the homes I passed for decorating ideas (how do the uber-rich live? do they really use all those rooms?)    So why wasn’t I shot down by a gun-wielding self-appointed neighborhood watch volunteer?  Luckily for me, I’m old, female and most importantly, white.  Less has changed than we would like to believe.

In the words of Susan Justice, “What doesn’t kill you, makes you sick, and if you get sick, you’ve learned a lesson.  With every lesson, you get wiser.”  Here’s to hoping that everyone is thoroughly sickened by the events surrounding Trayvon Martin’s horrible death and that we take this opportunity to wise up. 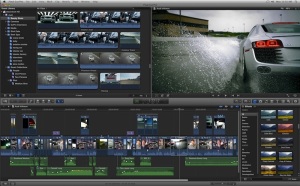 I’ve been editing with Final Cut Pro X for the last 84 hours — straight. In my sleep-deprived haze,here’s what I have to say, as a long-in-the-tooth video producer but neophyte editor – in fact, my  editing experience is limited to supervising Avid edits and actual Avid editing, say, about 15 years ago.  FCP in general is something that I have minimal familiarity with.  That said, FCPX — learning curve: extremely short.  With little-to-no talent, ability, knowledge or vision, you can do some fun, interesting things.  Perfect for me.  However, to paraphrase Dr Seuss, “what I do not like, sir, no, not one bit, is the magnetic timeline…”  Here, Dr S would make a nonsensical rhyme, but you can guess the only thing my tiny brain came up with — “no, no, no, not one bit!  Just like suckling at a dried up witch’s….”  and now my blog is no longer rated G.  And that might be why it’s called Final Cut X. 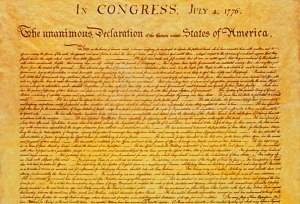 Kid 1 was studying for an exam on the Declaration of Independence and all things pre-revolutionary last night and asked me to test her. Looked at her study guide and this question popped right out: the Declaration of Independence grants all people what inalienable rights? AAARRGH!!!!!! All people? No,not all people, just men, and then only men of a certain color. What kind of crap are they teaching? Then I asked, when did women get the vote? She didn’t know. Okay, the test is on pre-revolutionary activities, not the suffrage movement, but come on — when are we supposed to address the inequalities our country was born with? And wouldn’t this be the perfect time to open that conversation, so kids could really think, critically, about the power of words? One of the other questions regarded Jefferson’s condemnation of slavery, to which I said, “and why might that be ironic?” Kid didn’t know why…but promised to bring the issue up in class (heh,heh).

Full disclosure: I am a socialist separatist feminist from way back, but just couldn’t make that lifestyle work for me — yeah, I like stuff — and I will always feel guilty for that. Can I call kid’s 20-something Social Studies (SS) teacher on this? Where does feminism begin and end? When isn’t the personal political? More to the point, I demand to see that teacher’s lesson plan! Hubby drank a glass of champagne and went to take a shower (after my rant). Kid stomped away from me screaming “shut up!” and “I don’t care!” and slammed the door in my face (during my rant). What would Red Emma do?

Florida is going to force all welfare recipients to undergo drug testing, before receiving benefits, ostensibly so they can’t use their welfare benefits to buy drugs and to save the hard-earned money of those good, law-abiding Florida residents, including those that bet at jai alai,  the greyhound tracks and fill their prescriptions for oxy, vicodin and percoset — over and over and over again.  Are Floridians worried about enabling addictions, specifically those of lazy no-good drug addicts?  Are they testing sex addicts, porn addicts, shopping addicts, alcoholics, members of NAMBLA?  Welfare checks can fuel all of these addictions and many, many more.  Addiction is a disease, an illness — no one chooses to be an addict, just as no one chooses to have cancer.  So why are we denying addicts welfare benefits but not cancer victims?  We know that those suffering from cancer are desperate enough to spend their $$ on any treatment at all, no matter how hare-brained.  We know that cancer sufferers are prone to using an inordinate amount of pain killers — and god damn it, some of them don’t even go to work!   Why are we targeting one illness — addiction to drugs, but not any others — not even any other addictions?  And who’s paying for the drug testing?  Has anyone given any thought to how much that will cost — supervised drug tests (I’m assuming they need to supervised and by same-sex observers because all sorts of shenanigans can go on in those testing rooms), transport to labs, lab analyses, delivering results and of course, counseling for those who will not be receiving welfare checks.  What of the false positives and false negatives?  Some will slip though the cracks on both ends of the spectrum.  Who tells the five kids of a single mom who left her abusive husband that they will go hungry because a pee test came back wrong?  If that isn’t a case for taking a toke, I don’t know what is.